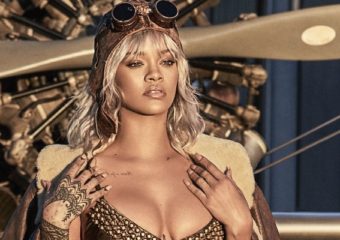 After piling up record after record (musically and achievement-wise) on Billboard‘s Pop Songs radio airplay chart, Rihanna reigns as the No. 1 artist over the first 25 years of the survey, which began with the list dated Oct. 3, 1992. Notably, Rihanna has reached historic heights despite having arrived on the chart more than halfway through its existence.

GREATEST POP ARTIST OF ALL TIME

Rihanna roared onto the ranking, which reflects the most-played songs each week on pop radio, according to Nielsen Music, in 2005 with her debut hit Pon De Replay, her first of an unprecedented 30 top 10s. In 2006, she earned her first Pop Songs No. 1, SOS, of 11, a record she shares with Katy Perry, the chart’s No. 4 top artist.

Rounding out the top five Pop Songs artists since the chart’s inception 25 years ago, below Rihanna, P!nk places at No. 2; Maroon 5 ranks at No. 3, and reigns as the top group; Perry is No. 4; and Justin Timberlake claims the No. 5 spot, while ranking as the top solo male.

Rihanna’s highest-ranking song on the 25-year ranking is We Found Love, featuring Calvin Harris, at No. 17.