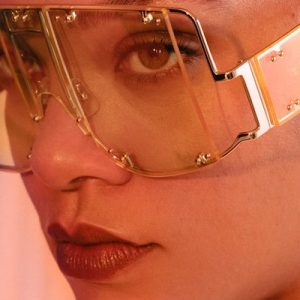 Spotify released its annual Wrapped list with a special, decade ending summary. Despite releasing only four albums in the span of 10 years and most of them in the first half of the decade when streaming wasn’t really such a big deal, Rihanna still managed to be the 2nd most streamed female artist of the decade globally.

Rihanna doing so well without new music for so long only proves what we all knew: her music is timeless.

Most Streamed Female Artists of the Decade (Global)

In her 2016 interview with Vogue Rihanna talked about streaming becoming more important and its value for artists.

It’s true. Streaming is a really big market for me. We’ve been doing great in the streaming market, so it’s not something I want to alienate at all. Streaming counts now. They’re treating artists the way we deserve to be treated. So it’s not blindly—it’s not invisible sales or invisible streams or invisible listens or downloads. Before it was just—it was robbing us. Before streaming, it was robbing artists. Robbing us of our sales. It’s free music. So now the free music counts. It is definitely going to make a big difference in the music industry. For a fact.

Don’t forget you will soon have a chance to see your own most streamed songs and artists on a dedicated Wrapped page.

Spotify is celebrating its 10 years on the market today and what is the better way to do that than...