Warner Bros. Pictures and Village Roadshow have released the first image of its upcoming female-driven caper Ocean’s 8. It shows the ensemble cast riding the New York subway. A caption for the photo reads:

Gary Ross (The Hunger Games, Seabiscuit) is directing from a script he wrote with Olivia Milch. Steven Soderbergh and Jon Kilik produce. Michael Tadross, Susan Ekins, Bullock, Diana Alvarez and Bruce Berman exec produce and Milch co-produces. Ocean’s 8 will be released in the U.S. on June 8, 2018. 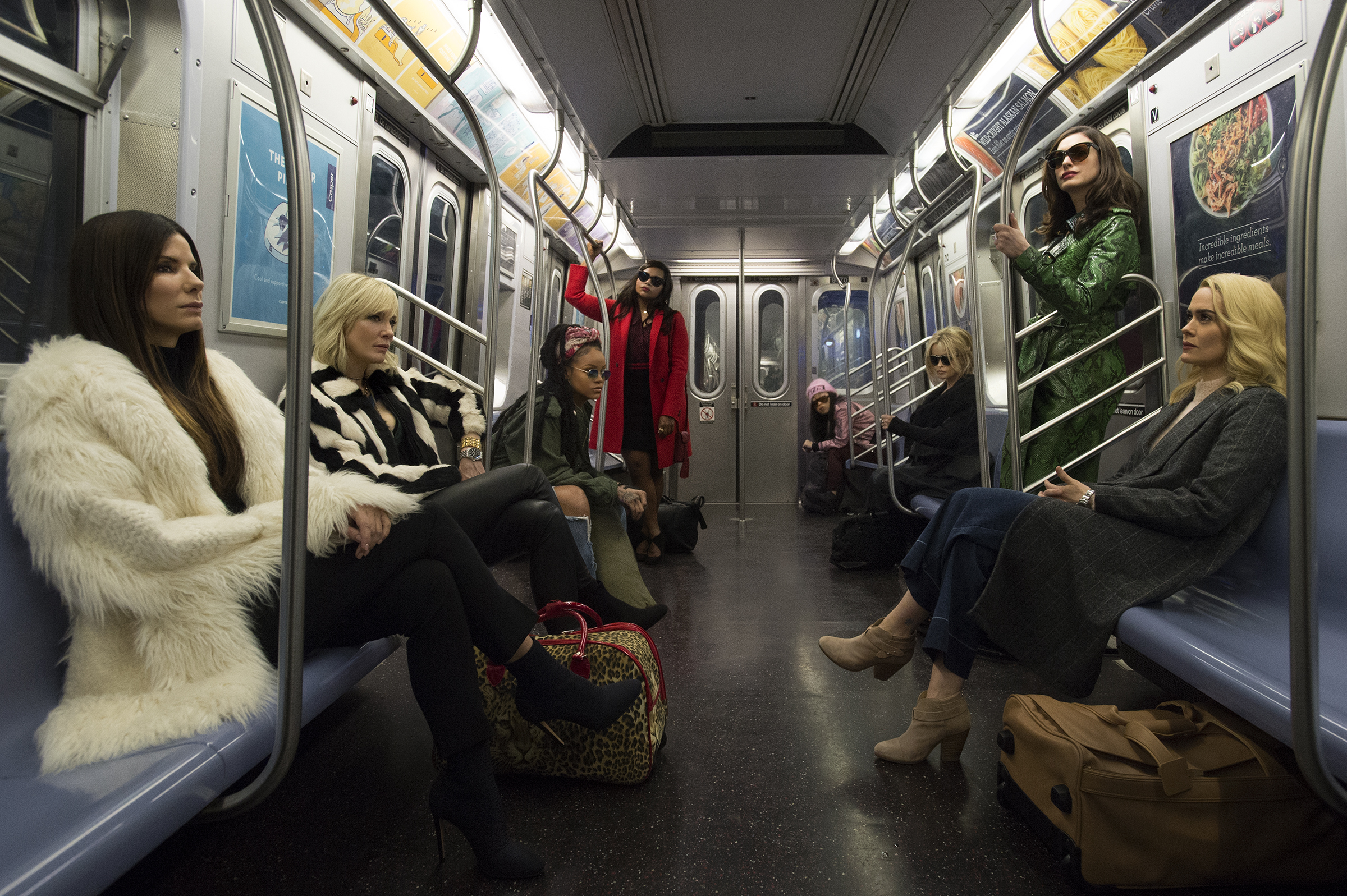