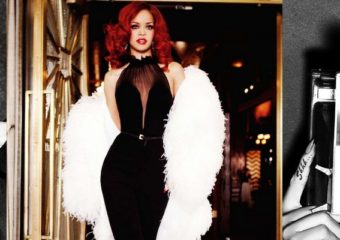 It’s Throwback Thursday and I am back with a new post. I am still amazed how great the Esquire UK photoshoot is so I decided to make a post about all the photoshoots Ellen von Unwerth and Rihanna have done together. Ellen is a famed photographed who has worked with Rihanna on couple of occasions and in my opinion every photoshoot was perfect. Let’s take a look at all of them. 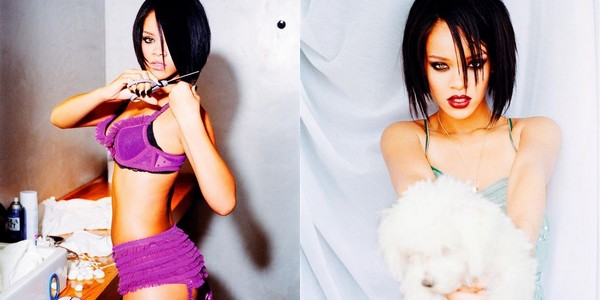 Rihanna first worked with Ellen in 2007. Rihanna was in the middle of her Good Girl Gone Bad Era so Ellen von Unwerth was an obvious choice. Known for her risky, fearless but always classy photos Ellen took very sexy but also very rock’n’roll photos. The photo with the scissors is iconic. The gothish look is iconic. Rihanna definitely proved she knows who she is and how to execute that. Ellen von Unwerth’s photos captured all Rihanna’s fearlessness, maturity and edginess. 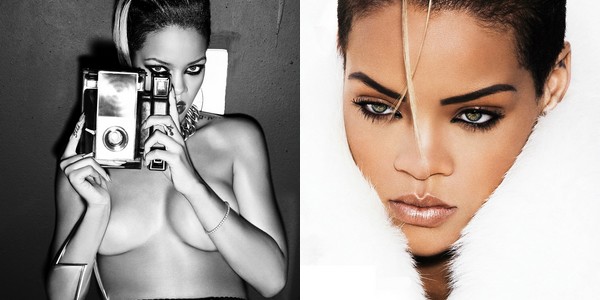 Rated R is still my favourite Rihanna album. I was really excited to see the photoshoot the moment I found out Ellen von Unwerth was picked to do it. Rated R Era was very raw, honest but also revealing – Rihanna let the fans see the sides of her that were always unknown, undiscovered. The photoshoot is very edgy and matches the theme of the album. Rihanna looks like a rockstar but still is very feminine and sexy. We have big cats, media reference, mannequins, edgy hairstyle and amazing outfits. Can you ask for more? 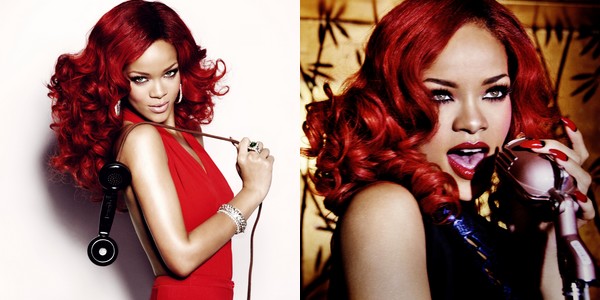 LOUD Era was all about bright colours, good spirit and red hair. The photoshoot is filled with good vibes and energy. Smiling Rihanna, no dark motives. Just playing with the camera that definitely loves her. Rihanna as singer you could see in the movies? Why not! Classy woman walking through the door? You got it! It was a very fun shoot, as compared to previous photoshoots Rihanna’s done with Ellen. 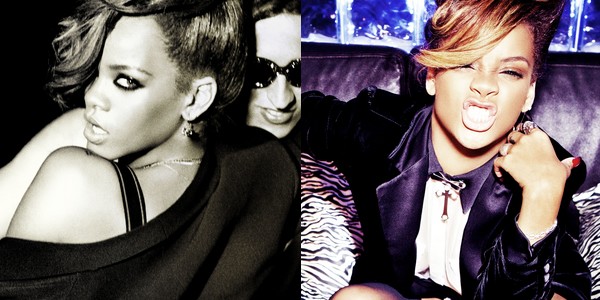 One of my favourite Rihanna photoshoots ever with my favourite Rihanna hairstyle. Talk That Talk Era was really about not giving a f*ck, saying whatever you want, doing however you wish and just singing those racy songs from the album while grabbing your crotch. Who else would capture that attitude better than Ellen von Unwerth? I can’t really imagine anyone else taking the photos. The outfits, arrangements, places that were picked for the photoshoot were perfect. 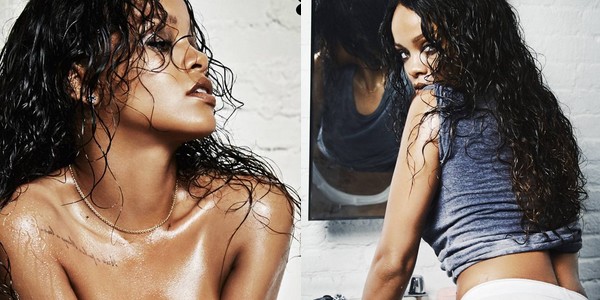 Last but not least, Rihanna’s most recent photoshoot. I know it’s not really a throwback but I wanted to make a compilation of all Rihanna’s photoshoots taken by Ellen von Unwerth.

Taken in New York City for the British edition of the Esquire Magazine. When I look at these new photos I see a more racy and more mature version of the Giant 2007 shoot. I am not sure about how the new era will look like but the 2014 photoshoots are my favourite so far. This photoshoot is very brave but the way Rihanna loves her body and the way she is not afraid to show it, is something we should look up to. We are being taught that showing your body is bad but what Rihanna seems to be saying is: ‘Love your body! Every inch of it. Be confident. Be fearless. Have fun. Who cares about the people who do not like it?‘. In the era of ‘I am not good enough’ or ‘I am too fat/too skinny’ which is being put on young women who later grow up to be insecure, it’s important to emphasise that we’re all beautiful in our own way.