Throwback Thursday is back to once again take you back in time to the most iconic moments of Rihanna’s career. I bet all of you have your favourite Rihanna performance or at least can point out some that would end up on Top 3 list. Hackney Weekend is one of her performances I would definitely put on my personal list.

In summer 2012 Rihanna gave series of concerts in Europe. 2012 was practically full of her performing at various events or festivals. She only went on tour to promote Unapologetic in November. During the summer she performed in the United Kingdom twice: at Hackney Weekend and Wireless Festival. Hackney Weekend took place on 23rd and 24th of June and Rihanna headlined the second day. 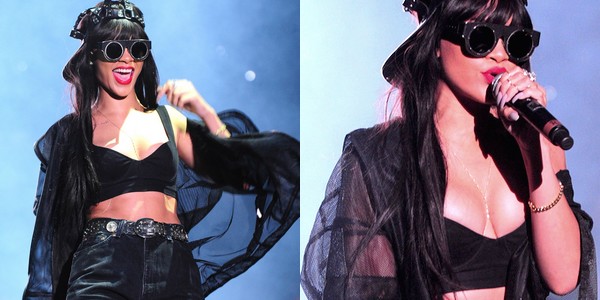 Hackney Weekend started one night before her show as she joined Jay-Z and performed ‘Run This Town’ with him. The whole crowd went crazy and that was just a foretaste before her own performance. The incredible energy of the crowd is an important factor of a good performance because it is no fun to perform in front of a lifeless audience. The Hackney crowd was on point since the Roc Nation family sure knows how to make a show. The noise they made when Rihanna showed up on stage with Jay-Z was one of these moments that totally make fans proud. Hov and RiRi definitely ran Hackney that night.

Let’s get back to Rihanna’s performance. Her performance was streamed and I can still remember how everyone was watching it. We all shared our opinions on Twitter and it somehow felt like we were in the crowd. At least I felt like that, a bit. Rihanna started her set with ‘Only Girl (In The World)’ and finished with ‘We Found Love’ which was preceded by a three song performance with Jay-Z who returned the favour of her joining him the night before. One of the prominent parts of the performance is Rihanna’s interaction with the crowd. She admitted she wore sneakers just because they told her Hackney crowd is crazy and as she later said, it was better than she expected. It would be a crime not to mention the iconic ‘Patrick, can I have some water?’ moment or the problem with the microphone pack that was fixed by one of her fans. 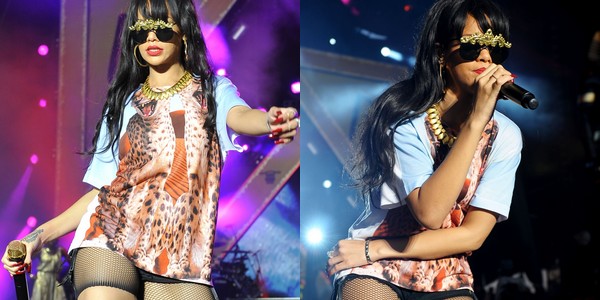 Rihanna’s set was full of the hit songs like ‘Rude Boy’, ‘Disturbia’ (with a sick dubstep part at the end), ‘Where Have You Been’, ‘S&M’ or ‘Run This Town’ and ‘Umbrella’. She also performed ‘Love The Way You Lie Part II’ which was basically the only ballad that night. When I recently went back to this performance I felt as good as when I was watching it back in 2012 and this is basically the reason why this week’s post is about Hackney Weekend. I hope we get to see many performances like this one in the future. Rihanna looked happy and you can definitely feel her positive energy while watching the show.

I hope you enjoyed the post as well as previous ones from the Throwback Thursday series. The series comes back next week with another iconic moment from Rihanna’s career. Do not forget you can give me hints/ideas concerning the series on Twitter. I am open to all suggestions. Thank you for reading.