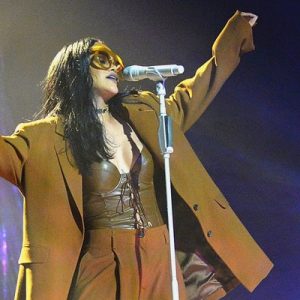 Feel like a brand new person… we all know that Same Ol’ Mistakes tune from Rihanna’s eight studio album ANTI that premiered in January 2016. Not many know that it is in a fact a cover of Tame Impala’s New Person, Same Old Mistakes song from band’s 2015 album Currents. Ever since the debut of ANTI, Tame Impala praised Rihanna’s version.

In his latest interview with Billboard, Kevin Parker the Australian multi-instrumentalist behind Tame Impala, talked about the cover and how Rihanna came across his music.

How did Rihanna come to cover a Tame Impala song for Anti?

From my end, we got an email from her manager saying she wanted to do something with [“New Person, Same Old Mistakes”]. I can’t remember how they worded it. They didn’t say “cover.” We thought she wanted to sample it or remix it in some way. We didn’t really know. So it was only when the song came out that I was like, “It sounds like a cover.” I thought, “That’s cool, I guess that means she thought it didn’t need changing in any way.” It also meant I got 100 percent of the publishing, so I was like, “Fuck yeah!” Someone was telling me that SZA got her into [Tame Impala] — actually, I think it was Kendrick Lamar. I did a session with him once, and he was like, “Oh, do you know how Rihanna got on to your stuff?” I was like, “No.” He was like, “Oh yeah, SZA played it to Rihanna late at night at my session.” She was like, “You’ve gotta check out Tame Impala.” I guess that’s how she knew.

So you’ve never actually talked to Rihanna about it?

No. I’ve never met her. And apparently, when that album first came out, if you Shazam’d her [cover before she starts singing], Tame Impala came up. It’s kind of funny, because when I was writing the song, I imagined a female R&B voice singing it. And I forgot about that when I was finishing the song. So when I heard Rihanna singing it, I was like, “Oh, wow, the song is how I originally imagined it.”

What else was going through your mind?

Obviously, when it first came out, it was just blowing my mind. All these wires were crossing in my brain. Track one played, and then another, and then suddenly, the last song off my album would start playing, and I was like, “What the fuck? It sounds like someone at Spotify fucked up and uploaded the wrong file.” As time has passed, now I can appreciate it as its own song.

I guess it comes back to appreciating ideas being malleable and being able to imagine music in different worlds. And you know what else that teaches me? Context is everything. You can take a song that was on a psychedelic rock album and put it on a Rihanna album. You can stand back and say, “Hey, it kind of fits.” That just tells me that context is everything. It doesn’t necessarily not fit just because they’re from two different worlds. That blows my mind.