There is no doubt that Ocean’s Eight is one of the most anticipated films of the year. We recently got the main trailer and today the official posters of each main character were released. Rihanna is number four and plays a hacker named Nine Ball. The film hits theaters on June 8, 2018. See the poster below. 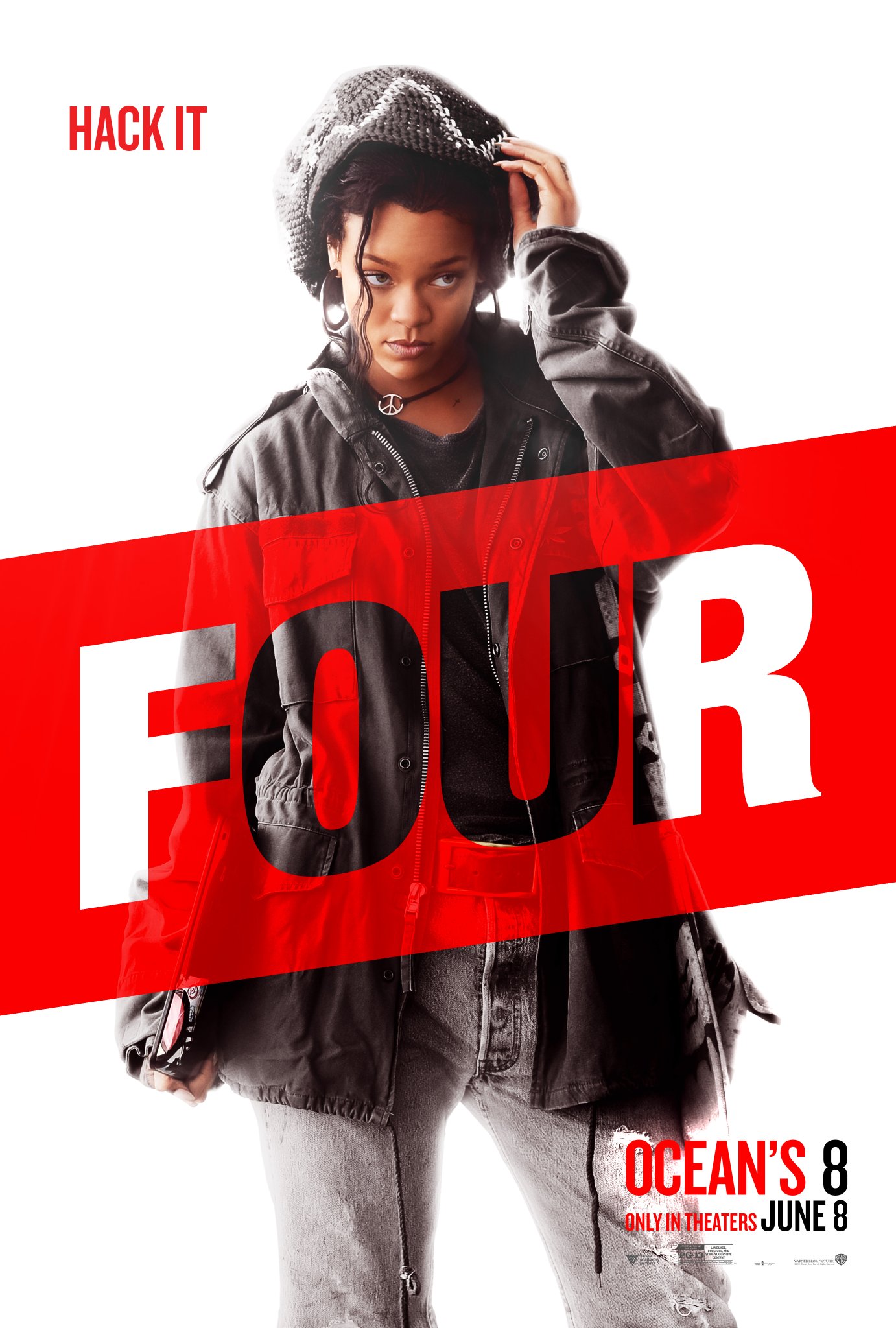 In the recent article featured in Vogue, Sandra Bullock said about her co-star:

“It’s a combination of being starstruck and being immediately put at ease. She also has this warmth, and when she shines it on you, it makes you feel pretty damn amazing!”

“Rihanna is so bravely authentic. She doesn’t care what people think of her; she’s fully invested in being herself. She also has a seriousness of purpose and focus that not a lot of people have. It’s all about the work, and it doesn’t come with any excess personal baggage.”

Rihanna turned heads as she arrived fashionably late at the world premiere of Ocean's 8 in New York yesterday. After...

Rihanna and co-stars of this summer's biggest film attended Ocean's 8 world premiere in New York today. The film focuses on...