Ocean’s Eight is set to be one of the biggest films of 2018 and today the first official poster was released. In the film, Rihanna as Nine Ball will join the team of thieves (played by Cate Blanchett, Mindy Kaling, and Sarah Paulson, among others) as they crash New York’s Met Gala to swipe a priceless necklace off a celebrity neck. Entertainment Weekly posted an exclusive promotional photo a week ago. The film hits cinemas in June 2018. 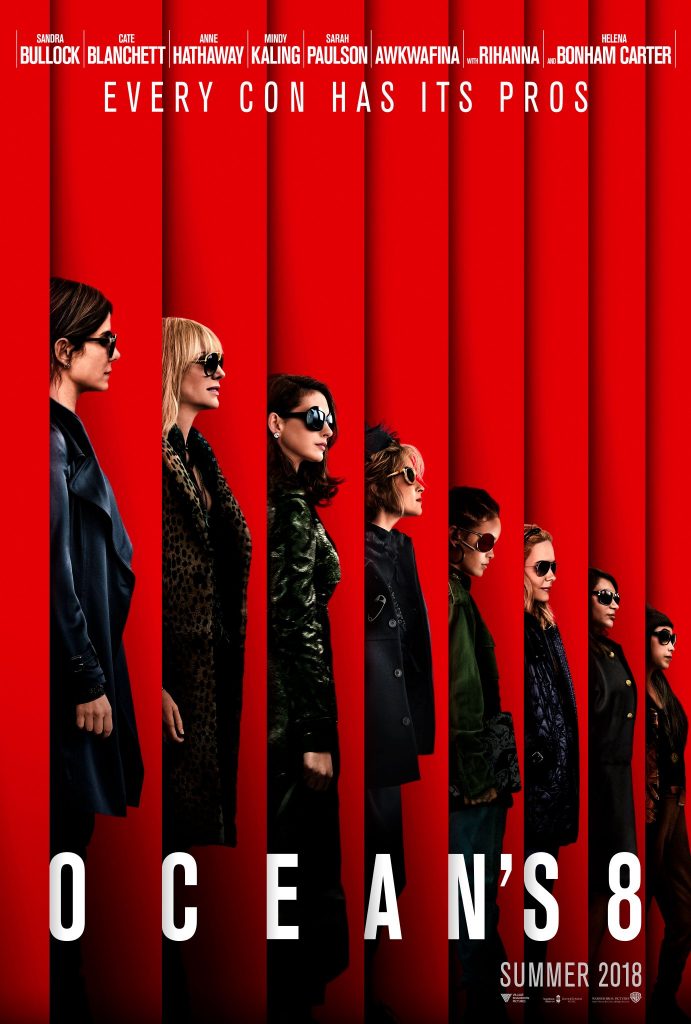