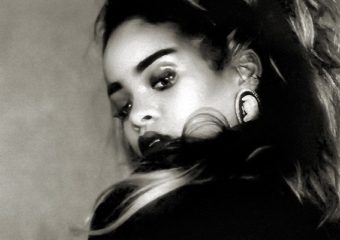 We all love Rihanna’s business endeavors like Fenty Beauty or Fenty Puma but it all started with music. Rihanna haven’t released an album since dropping multiplatinum ANTI in January 2016. It looks like she started working on new album as one of the songwriters confirmed he is now part of her writing camp. Speaking to Capital XTRA during 2017 MOBO Nominations, British singer Shakka said:

“She’s definitely coming out with new stuff. The songs that we heard in that session, in that writing camp, were insane. It was absolutely insane. So I’m looking forward to it. Hopefully a bunch of my tracks make the album too. I don’t even know the direction. You know what Rihanna’s like. You can’t anticipate anything. It’s just a bunch of different songs that are like ‘I didn’t think she would do that’ – it sounds sick.”

Rihanna once said she is always working on new music so it is no surprise to get such information. We are just very excited since it’s been almost two years since we got a full album from her.

PARTYNEXTDOOR will release his new album PARTYMOBILE tonight and Rihanna is going to be featured on a song titled Believe...

Rihanna graces the cover of Vogue's US November issue and she even gave an interview. The photos were taken by...

Rihanna has signed a worldwide publishing deal with Sony/ATV Music Publishing that will cover all her music catalog and future...