While she’s been taking New York Fashion Week by storm, it’s Rihanna’s off-duty style that has been making us swoon all summer long. Whether in Vêtements orEllery, or jamming in the studio in streetwear favorites like Thrasher and W.I.A., RiRi has demonstrated her distinctive approach to marrying high-low pieces with panache. She’s sported her Dior Diorama bag with everything from a Sean Johntracksuit to fresh-off-the-runway Simone Rocha, but lately it’s her shoes that have been stealing the spotlight.

Always one to add a sportswear element to her ensembles, the 27-year-old is now launching her first collection, Puma by Rihanna, available tomorrow on Puma.com for presale and, from September 15 to 17, at an exclusive pop-up boutique at 312 Bowery Street, between East First and Bleecker Streets, in Soho. 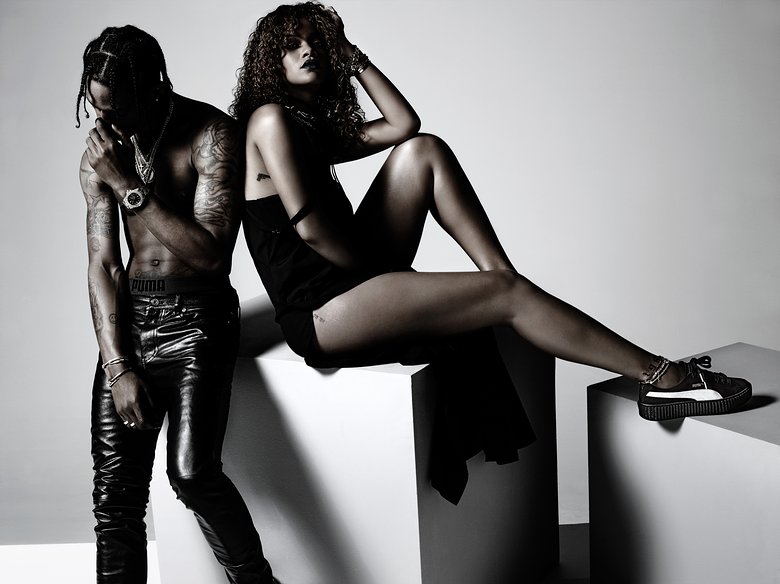 We’ve seen the creeper-style sneaker-shoe hybrid on the superstar for quite a while, but now it is finally ready for the public. Available initially in black with a white Puma stripe and black sole, the first version recalls steampunk variations worn by the London underground. All-black and all-tan editions, both with gum soles, will be released on September 25, but those in New York City will be able to swing by the East Village pop-up to get their hands on them first. Priced at just $120, the cool, covetable kicks ground any look with a subversive slant and grungy undertone worthy of the singer herself.

The Puma pop-up store will be open from 12 to 5 p.m. on September 15, and 11 a.m. to 7 p.m. on September 16 and 17. Limited pairs will be available for sale during the pop-up, and purchases will be limited to one pair per person. This will be the only brick-and-mortar store worldwide where consumers can purchase the black-white colorway early, as well the other two creeper colors from the September drop.