Rihanna to perform at the 2016 Billboard Music Awards

This year’s ceremony will air live on ABC at 8 p.m. ET/5 p.m. PT on Sunday, May 22, from TMobile Arena in Las Vegas. The show will be hosted by BBMA vet Ludacris and first-time host Ciara and produced by dick clark productions.

Additionally, she was named the finalist of the Billboard Chart Achievement Award. 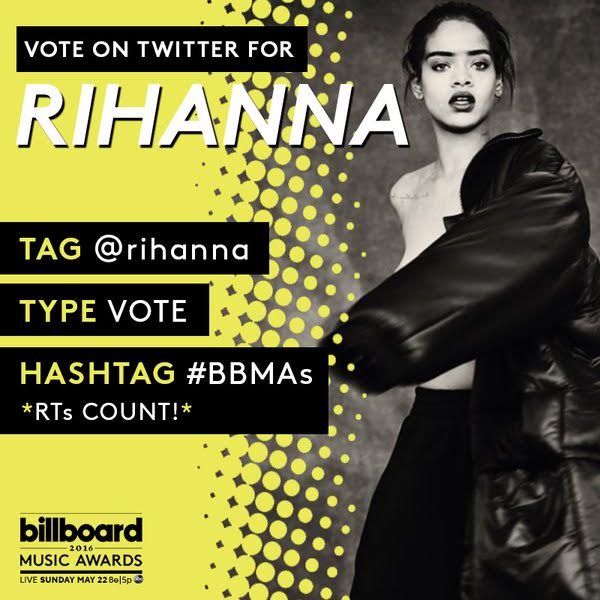 This is the ONLY fan voted category for the #BBMAs so don’t forget to VOTE! There are two ways you can vote:

Last time Rihanna attended the show was in 2011 when she performed S&M remix with Britney Spears.