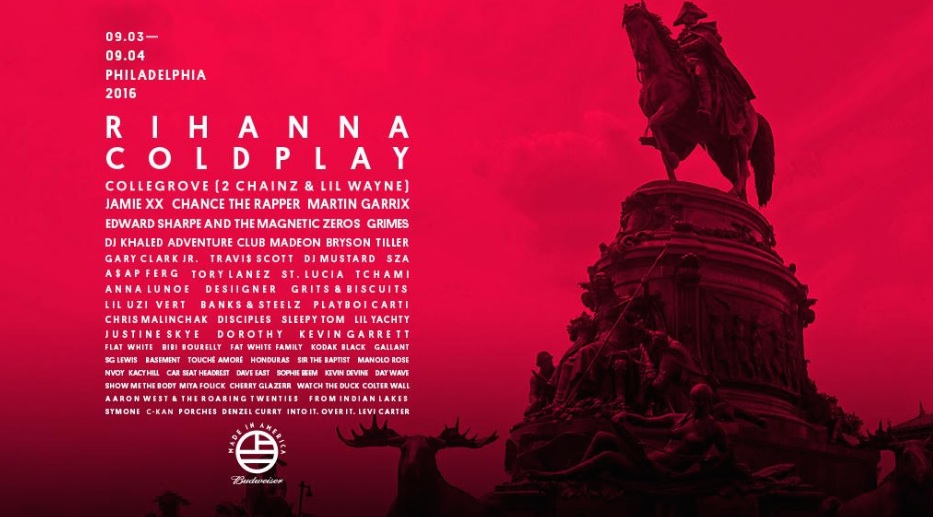 The concert, curated by Jay Z, will benefit United Ways in Greater Philadelphia and Southern New Jersey and Berks County, Pennsylvania. Some of the stages will be livestreamed on Jay Z’s music streaming service Tidal.

The festival will be held at the Benjamin Franklin Parkway on Sept. 3 and 4. Tickets go on sale tomorrow (TIDAL & VIP pre-sale at 10am EST).

At the Grammys on Sunday, one performance stood out in particular for its staging, energy and most of all, choreography:...

Rihanna, DJ Khaled and Bryson Tiller took the stage at the 2018 Grammys to perform their hit song, Wild Thoughts. The trio had the crowd on...

Rihanna joined Kendrick Lamar and his peers from TDE at the Annual Holiday Concert in Los Angeles yesterday. She performed...

Rihanna is rumoured to be in Barbados for the 50th Anniversary of  Independence. Prime Minister Freundel Stuart made the announcement moments...