This beguiling new look at Rihanna is not from a music video off her latest album, Anti. No, this is a temptation for the teaser trailer drop on Thursday of next summer’s Valerian and the City of a Thousand Planets — a new sci-fi extravaganza in which the the singing icon, 28, has a flamboyant supporting role. 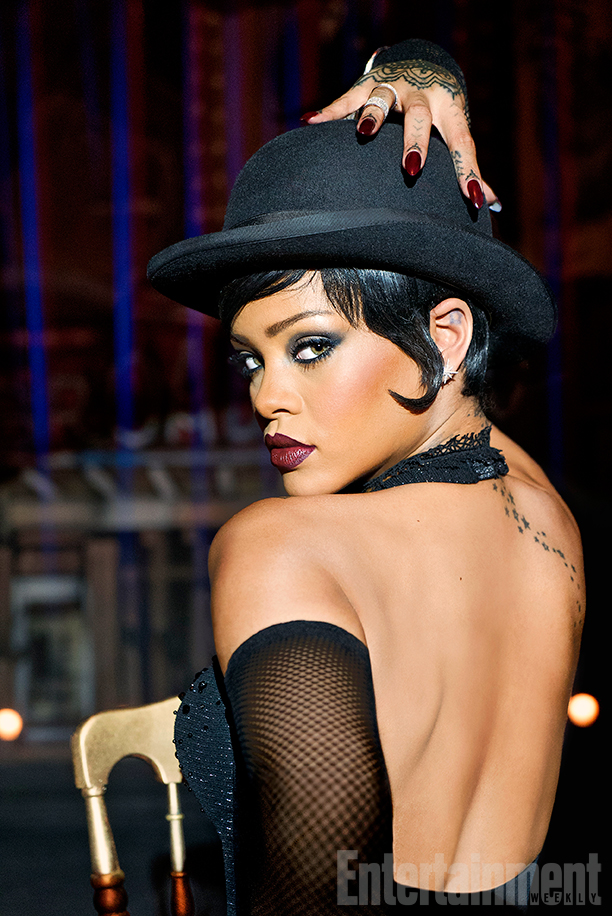 Dressed in a 1920s flapper getup (merely one of several personas she inhabits in the film) Rihanna’s segue into acting is more than a flirtation. She also has upcoming turns as the Janet Leigh character on Bates Motel and as one of Ocean’s 8, but filmmaker Luc Besson was reaching for the stars when he dreamed of her appearing with Dane DeHaan and Cara Delevingne (who star as intergalactic cops and lovers) in his $180 million epic.

“Rihanna was my first wish,” says the Lucy and The Fifth Elementdirector. “First, because of her voice and the way she smiles and looks and how she expresses herself. Second, because you know she won’t be intimidated on the set. She plays stadiums with 100,000 people. You know that girl isn’t shy about the camera and the crew and all this.”

Rihanna jumped on board, and her 20-plus minutes in the movie promise many surprises.

“She was very direct with me,” Besson tells EW. “She said ‘Luc, I want to learn, I want to work. Just let me do it.’ And I must say that she was a great partner and did everything I asked,” Besson says, adding with a laugh, “And believe me — I asked too much.”

Valerian hits theaters on July 21. Stay tuned to EW for the much more coverage on the movie, including the teaser trailer debut on Thursday.