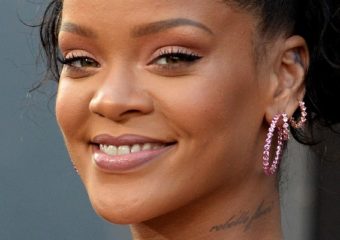 Rihanna took everyone’s breath away at the worldwide premiere of Valerian And The City Of A Thousand Planets in Los Angeles last night. RiRi slayed souls by wearing a beautiful pink Giambattista Valli dress and Manolo Blahnik shoes. According to some reports, Rihanna will also attend the London premiere of the film on Monday, July 24. After reading a couple of reviews of the film I can tell that everyone is impressed by Rihanna’s character Bubble and praises her role. Valerian hits cinemas worldwide this Friday, July 21.

One thought on “Rihanna steals the show at the Valerian premiere”