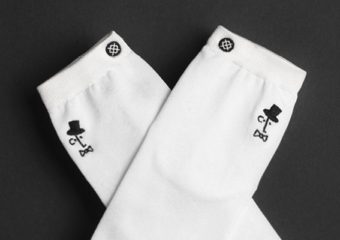 The new CLF STANCE socks are available now! Stance will be donating a portion of the proceeds to the Clara Lionel Foundatinon to support education, health and emergency response programs around the world. On September 14th a special edition of Rihanna’s iconic The Creeper will also be released and partial proceeds will also go to the Clara Lionel Foundation. The same day the third annual Diamond Ball will take place in New York.

The Clara Lionel Foundation (CLF) was founded in 2012 by Robyn “Rihanna” Fenty in honor of her grandparents, Clara and Lionel Braithwaite. CLF supports and funds groundbreaking and effective education, health and emergency response programs around the world. With the voices of Rihanna and her fans, CLF also engages in global advocacy with the goal of improving the quality of life for young people everywhere. Current programs include the Clara Lionel Foundation Global Scholarship Program, the Clara Braithwaite Center for Oncology and Nuclear Medicine at the Queen Elizabeth Hospital in Barbados and the Barbados Micro Grants Program. Learn more: