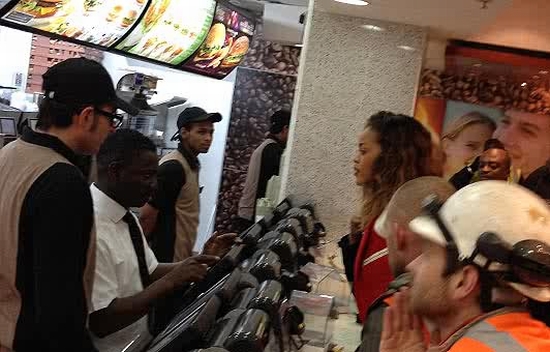 After her show of LOUD Tour on Tuesday, Rihanna was seen at McDonald’s, queuing for a burger, with 3 body guards. Reportedly the staff and the customers were not aware of who she was. Even after global success with over 100 million record sales, she proves to be a regular girl.

A Sun reader, who took our snap on Tuesday, said: “It was amazing to see one of the world’s biggest female stars queueing like everyone else. “I was the only one who realised it was her. She took her food, paid and slipped away — no one batted an eyelid.”