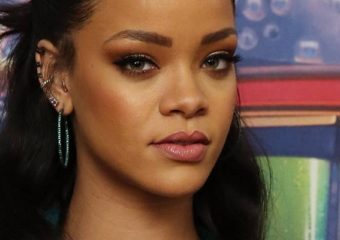 Rihanna racks her 29th career topper on Billboard‘s Dance Club Songs chart (dated April 8), as Sex With Me storms 3-1. Although a midtempo number in its original form, the song sauntered into clubland via remixes from John Blake, MK and Ray Rhodes, among others.

In the race for the most No. 1s in the chart’s 40-year history, Rihanna remains second only to Madonna, who has earned a record 46. Late last year, Rihanna was honored as the No. 3 Dance Club Artist in Billboard‘s Greatest of All Time recap of Dance Club Songs’ first 40 years.

Rihanna is the first artist to bank as many as five No. 1s from an album since Katy Perry also landed five from PRISM in 2013-14. And, in the span since Work went to No. 1, Rihanna has scored six leaders, while no other act has churned out more than two.

Dating to the Dance Club Songs chart’s Aug. 28, 1976, inception as a national survey, here’s an updated look at the acts with the most No. 1s:

One thought on “Rihanna Scores 29th No. 1 & Fifth From ANTI Album, on Dance Club Songs Chart”