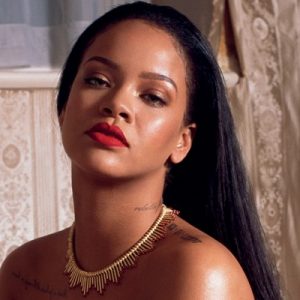 2018 American Music Awards have just been announced and Rihanna is one of the nominated ladies. For the ninth time in her career she will be competing in Favorite Female Artist Soul/R&B category. She will go against SZA and Ella Mai.

2018 American Music Awards will broadcast live from the Microsoft Theater in Los Angeles on Tuesday, October 9, 2018 at 8:00 p.m. ET on ABC with Tracee Ellis Ross as host.

In 2013 Rihanna was the recipient of the first ever American Music Award for Icon. Back in 2016 she became one of the 10 most awarded artists in AMA’s history with 12 wins so far. She won six awards in Favorite Female Artist Soul/R&B category – the most among other female artists.

2018 MTV Video Music Awards nominations have been revealed and N.E.R.D collaboration with Rihanna Lemon is up for two awards this...

2017 American Music Awards nominations have been announced today and I am so happy to report that Rihanna is nominated...