As we previously reported, Rihanna is going to perform at this year’s “Grammy Awards”. She is nominated in three categories and hopefully takes home all three awards. A couple of days ago it was revealed that Rihanna will be performing with Bruno Mars and Sting. The rehealsals have started and a photo of Rihanna, Sting, Bruno Mars and The Marleys can be viewed below. 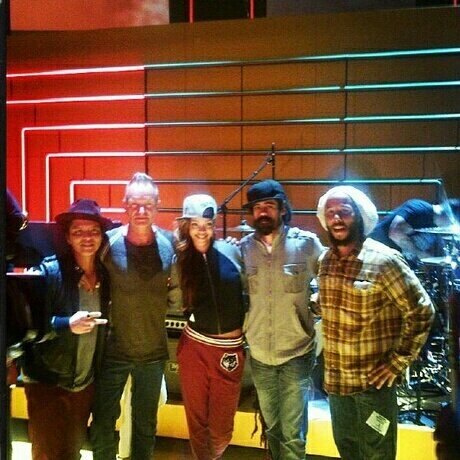