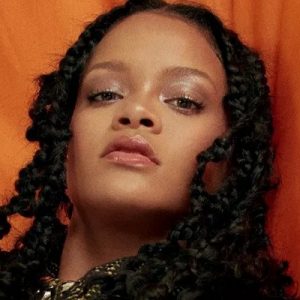 We must fight for the quarter of a billion young people still denied an education by conflict, poverty, sexism and bad policy.

Growing up in Barbados, school was a grind. But I was lucky.

Education is a lifelong journey. We never know everything, but we constantly evolve as we learn more about our communities, this ever-changing world and ourselves.

I’m not ashamed to say I’m still learning. I’ve grown tremendously as an individual through my formal education as well as the global education I have received by travelling the world through music.

The lack of access to education for children around the world is a massive problem, but that does not mean we should throw up our hands in despair and surrender. Instead, we need to take on as much of the challenge as we can manage to set an example and see the difference. This is what has driven me to prioritise global education in my philanthropy and advocacy work. The notion that millions of children are desperate to go to school and are not given the opportunity is something I cannot accept.

Growing up in Barbados, I did not always love school. It can feel like a grind, especially when you’d rather be singing, playing sports or doing pretty much anything other than homework. I realise now that I often took it for granted that I was even able to go to school. Education can be stolen from you in a second. As we’ve seen recently on an unprecedented scale, the Caribbean gets hit by natural disasters that wipe out schools, leaving thousands of children stranded.

In other parts of the world, conflict, poverty, deeply ingrained sexism, and bad public policy keep more than a quarter of a billion children and teens from getting an education. Almost a quarter of these children are affected by conflict or crisis, and girls are more likely not to complete school. But that’s just the surface of the problem.

It does not have to be this way.

Each additional year of primary schooling boosts a girl’s prospective income by up to 20%. This is not lost on many developing countries. Take Ethiopia, where a 15-year gender equality plan targeting girls’ education has more than doubled participation today. More than 93% of Ethiopian girls are in primary school and 96% in middle school. The price tag to the international community of educating a primary-aged child currently not enrolled in school is estimated at just over $50 a year.

I want to be part of a solution that works.

Last year, I visited the beautiful country of Malawi in my role as an ambassador for the Global Partnership for Education, and witnessed the impact of the work of GPE, which supports children to get an education in 87 countries around the world.

Then, on 2 February, world leaders gathered in Dakar, Senegal, as the Senegalese and French governments co-hosted the GPE financing conference, where at the Financing Conference, $2.3bn was pledged towards global education between 2018 and 2020. We still have a bit to go to reach our goal of improving education for 870 million children in 89 countries.

We are grateful for the generous contributions of those such as the EU and France, and countries that doubled their contributions such as Canada and Ireland. I look forward to seeing additional contributions from countries I know can step up even more, such as Germany and Japan, and seeing those that didn’t contribute – the Netherlands, Finland and New Zealand add their support to help us reach our target. As an ambassador for GPE, I’ve met a number of these world leaders and witnessed first-hand how difficult it can be to commit money to education. Investment in education can be more challenging to quantify compared to something like healthcare, which has a more immediate return on investment ($1 will purchase critical vaccines, for example). But that doesn’t mean it’s less important. Talking to the former president of Tanzania, Jakaya Kikwete, I felt the weight of the need and what we were up against. But we as individuals can use our voices to empower these leaders to make education a priority.

I hope you all join me on social media in calling on world leaders to step up to the global education challenge.

In 2012, I launched the Clara Lionel Foundation because I believe we each have an opportunity to help one person. CLF is inspired by my passion for children, especially their health and education. We fund programmes that remove barriers to education by offering financial support to children and their communities. And following our time in Malawi, I am proud to say we are supporting thousands of girls there to move through secondary school.

Every voice counts, and limited knowledge is no reason to stay silent. We all have a stake in this. Imagine a world where millions of children, previously left to fend for themselves, are given the chance to learn. When it comes to helping the world’s poorest children, as well as the communities and societies in which they live, I’m still learning – and I need others to join me on the journey and use their voices alongside mine.

If we can overcome the education deficit in the developing world, everybody wins.

The best way to experience the Diamond Ball? With Rihanna, of course! The superstar took Vogue behind the scenes of her annual bash...