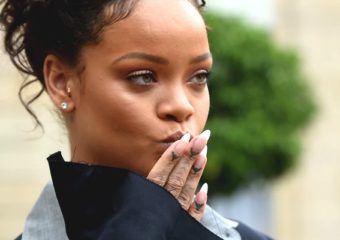 Following her meeting with the Macrons on Wednesday (July 26), Rihanna spoke with reporters about their plans for education.

“I just had the most incredible meeting with the President and First Lady,” she said. “They were incredibly welcoming to us. We focused on the topic of education…and we’re going to make a big announcement this coming September.”

During her brief commentary, Rihanna said that she would return to work in Africa in October and that she looks forward to working with France’s president on future initiatives.

“I can’t wait for you guys to hear where this is going to go,” she said. “I think this is the year for education.”