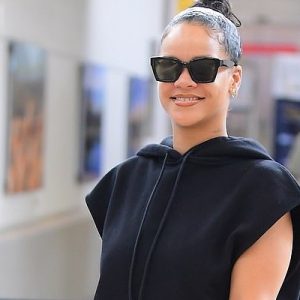 Rihanna is about to take over the New York Fashion Week once again with her successful Savage x Fenty brand. She was spotted arriving at the JFK Airport. The whole Internet is losing their minds over her tiny yellow bag. Don’t you think she keeps new music there? 🙂

Scheduled for tomorrow, the Savage x Fenty show is supposed to be one of a kind. Rihanna and her team work on creating the most bold, sexy and super energetic experience and it will premiere on Amazon Prime 10 days later, on September 20.

SEPTEMBER 20TH!! Get ready to watch this year’s #SAVAGEXFENTYSHOW only on @PrimeVideo 📺 We are working on creating the most bold, sexy, super energetic experience you can imagine!! @savagexfenty pic.twitter.com/JCDA8lBMxN

On Thursday, September 12 the fifth annual Diamond Ball is taking place in New York. It will be hosted by Seth Meyers with performances by Pharrell Williams and DJ Khaled!