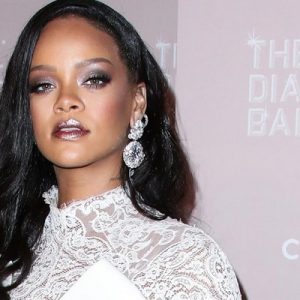 Issa crush! Issa Rae is a successful director, writer, actress and producer and this year’s Diamond Ball was hosted by her. During a quick interview with Page Six, Issa Rae called Rihanna her girl crush.

“Rihanna is my girl crush. I would just love to adapt her ‘I don’t give a f–k’-ness.  It’s just so admirable, especially as I get more and more attention. I have to start not giving a f–k, and I look to her, literally, like, ‘What would Rihanna do? What would Rihanna say?’ ”

This year’s Diamond Ball host is not the only one who had great things to say about Rihanna. Paris Hilton who also attended the gala told TIME “I love Rihanna, she’s iconic and beautiful inside and out,” . Singer Normani said Rihanna “been such an advocate for education and health, and it’s been amazing to see.”