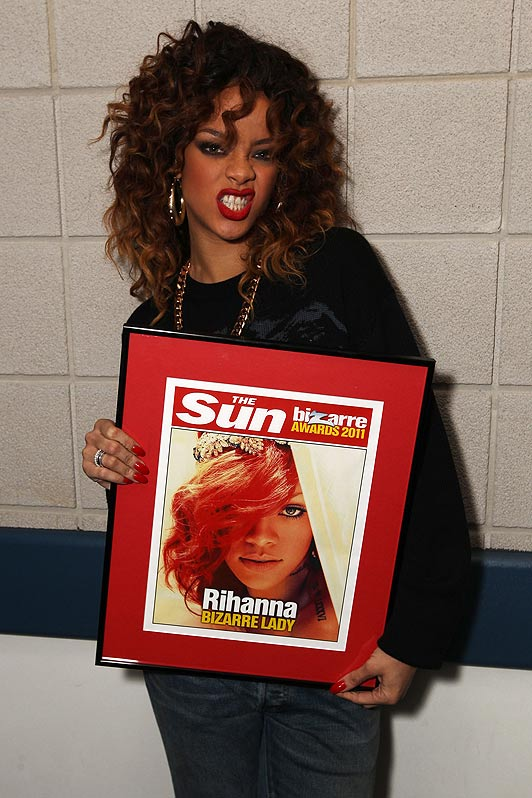 Rihanna received an award from The Sun titled “Bizarre Lady of 2011”. Congrats RiRi. She received it at one of her shows in London’s O2 Arena. Editor of The Sun was quoted as saying :

I’ve had a lot of emails from punters saying I run too many pictures and stories about her. But it’s tough not to. Talent like this doesn’t come along often. On top of that, she’s a great laugh, modest and friendly, a blueprint of how big stars should be. She has an incredible future.

Click the picture to view it in full size.