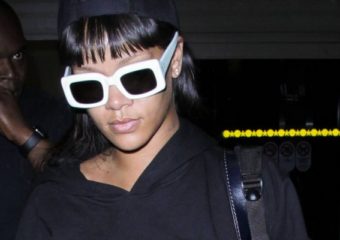 After being spotted in London a couple of days ago, Rihanna is now back in Los Angeles. She was photographed arriving at the LAX Airport last night. In other news, Loyalty debuted at #14 on Billboard Hot 100 chart this week. It became Rihanna’s 48th Top 40 hit and 42nd Top 20 hit.

Our gallery has been updated with high quality paparazzi photos of Rihanna taken in April. Make sure to check them out and follow us on Twitter to get latest news and photos faster.