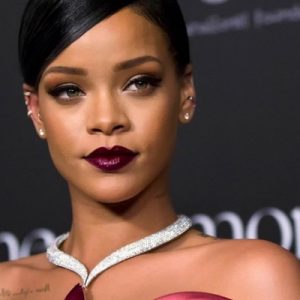 UPDATE: Rihanna is no longer eligible to receive the honorary doctorate from University of the West Indies Cave Hill because she is not able to accept it personally on October 20th. Her management conveyed that she was unable to commit to receiving the honorary degree this year because of scheduling commitments. University’s tradition mandates that honorary graduands to be present to accept this honour.

In February 2017 Rihanna received the Humanitarian of the Year award from Harvard University and in May 2017 she was awarded by Parsons School of Design Benefit.

Rihanna's Fenty Beauty line is a big winner of Refinery29's The Beauty Innovator Awards. Rihanna was a winner in three...