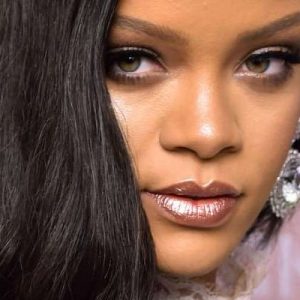 Rihanna has been working on a project with Donald Glover, but she’s not ready to give us the details. ET’s Nischelle Turner spoke with the singer at her 4th Annual Diamond Ball benefiting The Clara Lionel Foundation in NYC on Thursday, where she played coy when asked what she has up her sleeve with the actor (also known as Childish Gambino).

“I cannot speak on that, that’s for him to speak on,” she coyly said about the project reportedly titled Guava Island. “I will leave it at that. But it was an exciting experience.”

In August, the two were photographed together in an undisclosed location working on a secret project. According to reports, they were on set of a film directed by Hiro Murai and shooting in several locations in Havana. Including a textile factory located in the Alamar municipality. A theory that many fans had was that the artists were filming a music video together. That was right after Rihanna announced that Glover would be performing at her Diamond Ball.

Grateful for the support

Meanwhile, Rihanna looked breathtaking at her event. The singer arrived in a white lace long sleeve jumpsuit by Alexis Mabille that featured an oversized bow skirt. She was also adorned with stunning Chopard diamond jewelry.

“It’s the Diamond Ball so I kinda go crazy when I get to borrow [diamonds], and I don’t have to pay for it,” RiRi told ET about her gorgeous bling.

Rihanna’s annual gala, which benefits the Clara Lionel Foundation, named in honor of her grandparents, was first held in 2014. Four years later, the GRAMMY Award winner is so proud of how well it’s done.

“[I’m so proud of] the reception and the respect,” she expressed. “And to have people show up every single year, and to have the crowd get bigger and bigger every time. And even the people that donate things for the auction, it just means a lot to me to see the growth and to see people really believe in our causes.”

For Rihanna, giving back has always been in her nature since she was a little girl.

“From the time I was a kid — and you see those little commercials on TV with the kids and if you donate 10 cents — I used to think about how much 10 cents at school I would save up to help some kid in Africa,” she recalled. “I always wanted to help. That’s always been my instinct. It’s been my nature and it’s the way I was raised. Those are traits that have come down from my grandparents, Clara and Lionel, who the Clara and Lionel Foundation is named after, so it’s always been in me. It’s not one thing that sparked it. It just was always something that I cared to do.”

Rihanna took beauty and fashion industries by storm. She always emphasizes how import it is for her to create brands...

Rihanna, as it turns out, kind of does need an introduction. There are the bits we know: The 31-year-old Barbadian...

Rihanna previews her new FENTY designs while gracing the cover of T: The New York Times Style Magazine. Read the...