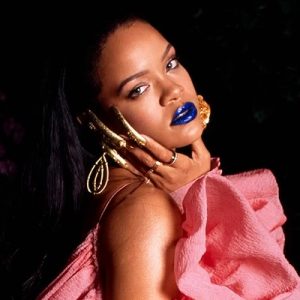 Rihanna released her last studio album in January 2016 and the world is getting once again frustrated with having to wait almost three years for new material. But Rihanna understands the pain and as she replied to a fan on an Instagram, when the album is ready, we won’t have to ask for it. When a fan on Instagram asked about new music, she said:

“I know I know sis. I’m doing music. Simultaneously doing lingerie, makeup, film amongst a couple other things that I enjoy. When the music is ready, you won’t have to ask for it. But it’s coming. Just not today sis. I’m hype too tho, it can’t come soon enough for me. #Navy4Life”

When Rihanna is not releasing music, she is busy expanding her empire. She releases new Fenty Beauty products, works on new lingerie for her brand Savage x Fenty, stars in films, organizes charity events to help those in need and does a lot of things that we are not even aware of. When she says it’s coming, trust her. There is literally no reason to ask her under every photo about it.