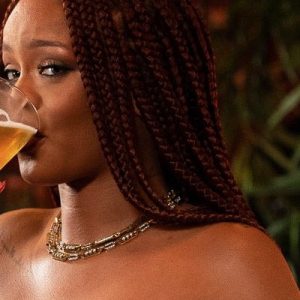 Right now we are shooting @sethmeyers and @rihanna day drinking.
Yes RIHANNA.
It airs Thursday night on @LateNightSeth and they are druuuunk. pic.twitter.com/JbdDob1WDE

The day drinking session with Seth and Rihanna was uploaded on YouTube. Enjoy!

Rihanna was photographed on New York streets before filming the episode.

Make sure to watch Late Night With Seth Meyers on NBC tonight!