Rihanna graces the cover of i-D Magazine Music Issue. We are so in love with it! It is totally different from the previous photoshoots and we can’t wait to see more photos. 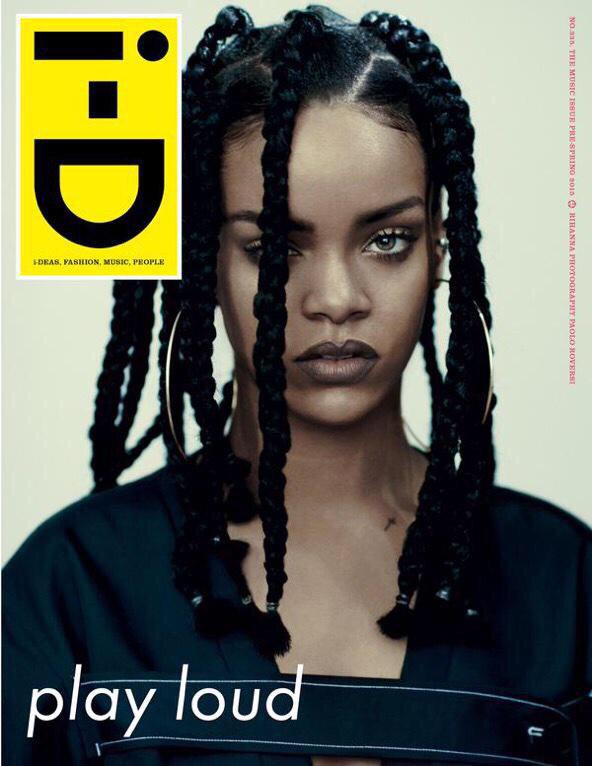 In The Music Issue of i-D we turn up the volume on the pop stars, rock stars and DJs rocking our worlds, and meet the fashion designers for whom music inspires everything they do. She last released an album in 2012, but Rihanna’s finally back and on the cover of your favourite magazine. To celebrate her eighth studio album, R8, we meet Robyn Rihanna Fenty, the reigning queen of pop. While details of Ri’s new album still remain under wraps, rumours of collaborations with Mike WiLL Made-It, Ne-Yo, DJ Mustard, Kiesza, Sam Smith and Rae Sremmurd have set anticipation at an all time high. Team this with last month’s stealth pre-release of FourFiveSeconds, an unexpected acoustic jam with Kanye West and Paul McCartney, and it’s fair to say suspense is skyrocketing.

“She really is one of the most creative, talented and inspiring women I’ve ever had the pleasure of working with,” says i-D’s Fashion Director Alastair McKimm, who teamed up with Rihanna and Paolo Roversi for i-D’s cover shoot in Paris. “The energy and enthusiasm she brings is intense. She’s the ultimate icon of our time.”