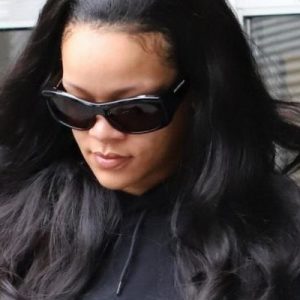 Rihanna was spotted arriving at the JFK Airport in New York earlier today. Rocking Balanciaga sunglasses and Nike sneakers, Rihanna made her way through the terminal. Check out some photos below.

In case you missed it, a Childish Gambino 54-minute long film Guava Island starring Rihanna as one of the main characters premieres tonight at 12:01 am PST on Amazon Prime. The film will also be shown at Coachella. It is yet unknown whether Rihanna attends Coachella this year.