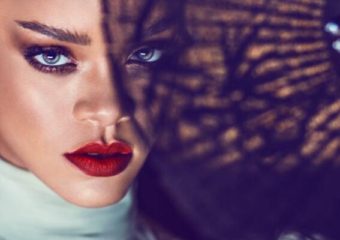 For the first time in nearly two decades, music industry revenue has increased for two straight years — and that’s good news for the highest earners on Billboard’s annual Money Makers list. In 2016, the 50 top artists in U.S. sales, publishing, streaming and touring took home $890.7 million, a staggering 34 percent increase over the past year’s total.

As usual, touring accounted for the majority of Money Makers income (nearly 75 percent), with take-home pay from live shows adding up to $682.7 million. Royalties from both record sales and publishing also increased (sales more significantly, by nearly 12 percent).

But it’s streaming that has pushed overall growth: Those royalties ballooned five-fold to nearly $90 million, thanks in part to the format’s takeover — combined on-demand audio and video streams grew 39.2 percent in 2016, according to Nielsen Music.

Rihanna is #12 with $22.3 million earned. She earned over $10 million in master recordings royalties. 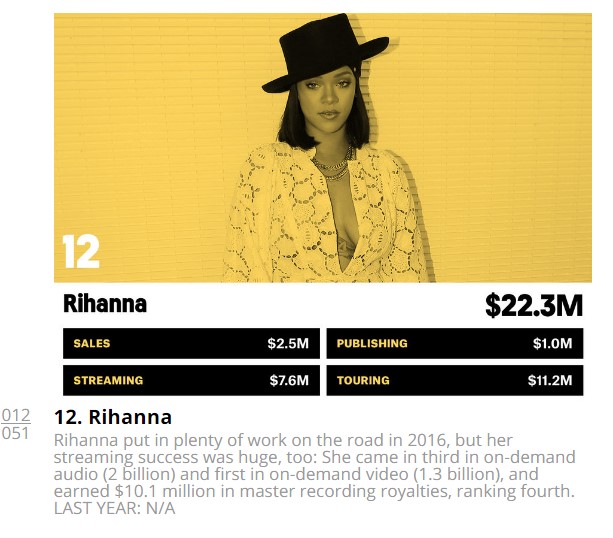 Remember Body Lava? Well, you should because when Rihanna and Fenty Beauty dropped it last year, the product instantly sold...