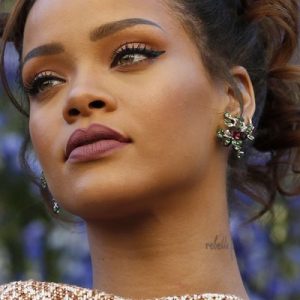 Back in April 2016 we learned that Peter Berg is working with Rihanna on a documentary about her life. In his recent interview with Slash Film, the topic came back. It looks like we might be getting the documentary this fall. According to the director the movie could be out in two months.

“I think she’s an extraordinary young woman and it really is kind of a pretty comprehensive profile of what goes in to making her this talent that she is.” said Berg about the project. “The work ethic, the talent, luck, the hustle, the vision. She’s a really, really interesting woman and the movie will be out in about a month and half, two months we’ll be able to start showing it.”

Berg directed Battleship (2012) where Rihanna played a weapon specialist. I am more than excited to see what they prepared for us. Many fans hope to see an unfiltered look at her life in the spotlight as well as the behind the scenes of her creating Fenty empire.

Rihanna's documentary has been in the works for the past four years and even though we got the first still,...

Rihanna and Amazon seem to be a match made in heaven. Highly anticipated and never forgotten by fans, the Rihanna...

Film-45 website has been updated with some infomation regarding Rihanna's documentary directed by Peter Berg. The documentary is supposed to...