Is a Rihanna, Skrillex and Blackbear collab coming?

We know Blackbear and the dance music community have been getting cozy. The alt-R&B singer recently shared a collaboration with Marshmello — but if a recent Snap can be believed, he’s got even bigger collabs on the horizon.

He shared a pic of himself hard at work on a laptop with the caption “wrote a song w rihanna skrillex & corporal tonight in london and it is v good.” The image was captured and shared by sant1v on Reddit’s r/skrillex page. 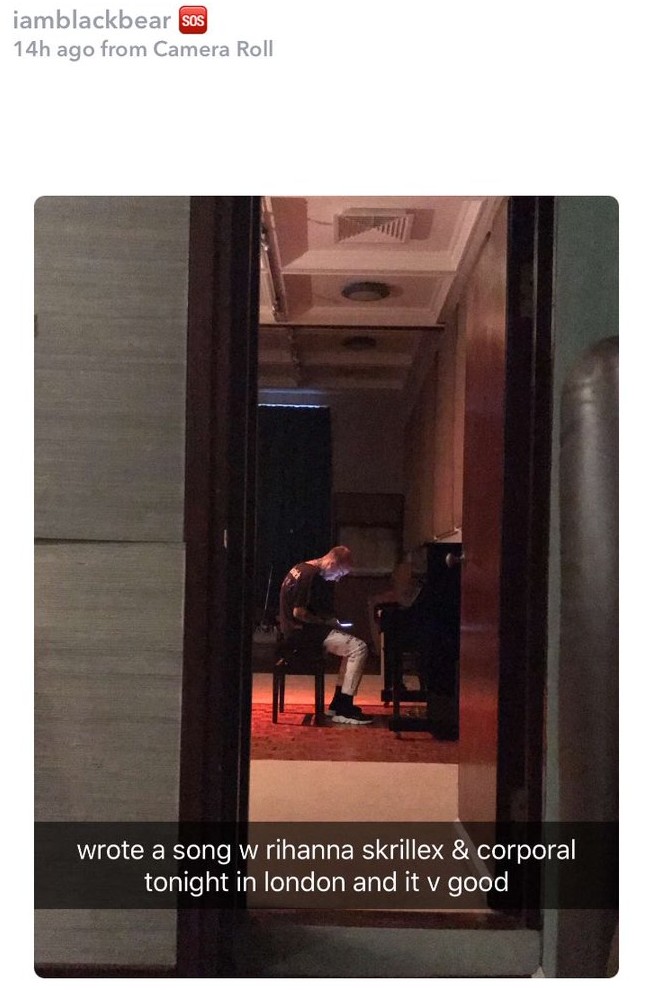 Corporal and Blackbear worked together on Paragraphs. A Skrillex and Rihanna collaboration seems like it’s only a matter of time. The dance producer has been working his way into the pop world with Justin Bieber and his most recent collaboration with Poo Bear, Would You Ever. Rihanna has been a close collaborator of Calvin Harris’ since 2011’s We Found Love.

Story to be updates as Billboard reached out to Blackbear’s and Rihanna’s teams for comments. We all know Rihanna receives many songs and chooses only a few. Diplo recently revealed she called his record “a reggae song at an airport.”