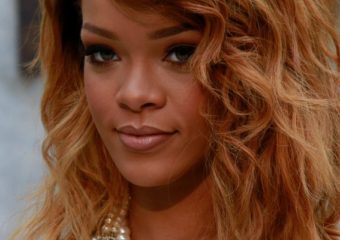 Over the weekend, Rihanna posted a dreamy video on her Instagram and captioned it “Jet Lag.” In the slow motion clip, the ethereal goddess looked into the camera as her sultry black hair made waves in the wind. It’s minimal and mesmerizing just like R&B artist H.E.R.’s song “Focus” that played in the background.

In August 2015, H.E.R., premiered a cover of Drake’s Jungle. A year later in September 2016, the enigmatic vocalist dropped H.E.R., Vol. 1, a hypnotizing seven-track EP. Despite it being a soft release, Focus caught Rihanna’s ears and H.E.R. was quite surprised at the post.

“I was shocked but excited when I saw the video she made, which lowkey fits perfectly lol. I have always been a huge Rihanna fan, even did a cover to Yeah, I Said It a few months ago. I am beyond humbled that she listens to my music. The fact that she posted it was surreal. God is great!”

Listen to Focus. H.E.R., Vol. 2 is coming this summer with a tour to follow.