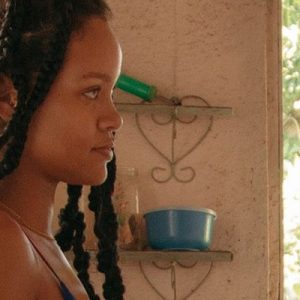 According to newest reports, Guava Island – a Childish Gambino project featuring Rihanna – will premiere this weekend during the Coachella livestream on YouTube.

You’re all invited to our staycation with @donaldglover and @rihanna. The new #ChildishGambino film #GuavaIsland will be available on Prime Video starting Saturday 4/13 at 12:01am PST. pic.twitter.com/rxXecJEfzp

The date is yet unknown but hundreds of people reported to have seen Spotify advertisements announcing the April 13th premiere. This is the same weekend Childish Gambino will headline 2019 Coachella Valley Music and Arts Festival (he is set to perform on April 12th & 19th). The trailer for Guava Island premiered last year during Pharos festival in New Zealand.

UPDATE: According to newly released information, Guava Island will be released on Amazon Prime Video in more than 200 territories on Saturday, April 13th at 12:01 a.m. PT. In its first 18 hours online, you will be able to stream the film for free using a dedicated link.

On Guava Island, a local musician is determined to throw a festival for everyone to enjoy.

Guava Island is now available to stream for free for next 18 hours!﻿

I’m really humbled having the opportunity to present something this timely and timeless. Between Rihanna and the people of Cuba, this is one of my favourite projects I’ve ever worked on.

Check out the behind the scenes article that Vogue posted to celebrate the premiere. It is an insight look how the costumes were created and how the production looked like. In one scene Rihanna wears a Nigerian gele and fans are overwhelmed by the beauty of this look.

As explained by Mobolaji Dawodu who styled the film:

It’s a specific style of Nigerian gele. I saw a lot of women in my family in the head tie, so for Rihanna, a pop icon around the world, to wear a Nigerian gele, that’s just amazing. It just pushes her whole outfit over the top. It’s very powerful.

The costume designers were instructed to use found objects. One costume was made from condoms. There had to be a dollar limit on each because we wanted it not to be about the fanciest and most intricate costume, like most movies would. It was more about how you can make do with what’s in your home if you had to leave your house and celebrate. It was about being creative with what you had.