Hello, Rihanna-Fenty.com visitors, you flawless and independent ladies and gentlemen! Its Friday, so it IS indeed time for…. Flawless Flashback Friday!

Rihanna, the main highlight of The 2012 MTV Video Music Awards, stormed the award show with the epitome of class. She arrived debuting a new hairstyle (short black hair) wearing a Prabal Gurung gown with a back that dipped seductively. She then went on to opening the award show performing 2 songs from her 6th studio album Talk That Talk with A$ap Rocky. At the end of the show she won the biggest award of the night, The Video Of The Year award for We Found Love. All eyes were on her that night, as they should always be, every award show. 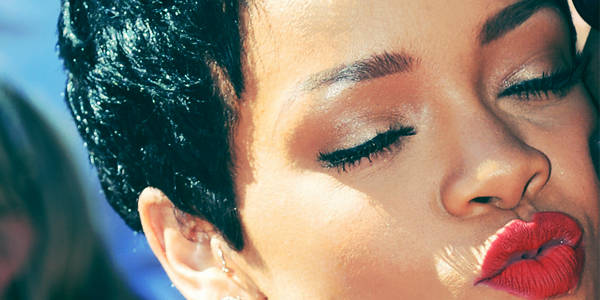 Short hair on Rihanna is my definite favorite hairstyle she ever had (and as Rihanna recently said, it’s her favourite too!). Doesn’t really matter what color it is, all it has to be is short. Flawless isn’t a fitting-enough word for this look. From hair, to make-up, to outfit, EVERYTHING was on point. even her eyebrows! Dear Lord!