The Flashback, the flawlessness, all in one day: TODAY! It’s time for this week’s edition of Flawless Flashback Friday!

On Monday, May 4th, 2009 Rihanna  attended the “Model as Muse: Embodying Fashion” Costume Institute Gala at The Metropolitan Museum of Art in New York  along with many celebrities in attendance. She completely took control in a dramatic puff-sleeved suit, white ruffle shirt and black bow tie by Dolce & Gabbana and finished her look with black pumps heels designed by Jil Sander. 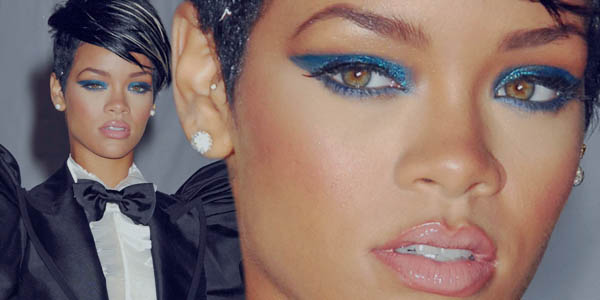 I personally think that this look is definitely one of Rihanna’s most daring and unique outfits she has ever presented at an event. Her hair & make-up were on point (as usual) and so was her outfit. Among the A-list celebrities in attendance, Rihanna definitely left her mark on the event. This  look was actually a plan B as Mariel Haenn (Rihanna’s stylist at that time) stated in one of the interviews:

“That was a special moment because we went completely rogue. It was a Marc Jacobs year and we got a call 30 minutes prior that so-and-so was wearing the same boots we’d planned on putting Ri in.  So last minute, we went for plan B, and plan B ended up being this complete outlaw moment for both Rihanna and in Met history. It was something special.”

Have you ever seen anyone making plan B look like plan A or even rocking it better than other celebrities who didn’t have to think about changing the plans? Nothing is impossible for Rihanna.