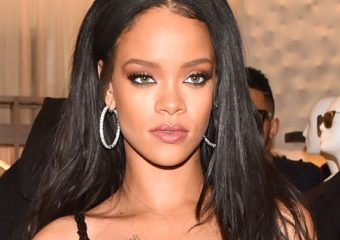 Dave Chappelle has been tapped to host Rihanna’s third annual Diamond Ball on Sept. 14. The black-tie fundraising gala at Cipriani Wall Street in New York will also feature a performance by Kendrick Lamar on a night dedicated to raising money for the Clara Lionel Foundation, an education, health and emergency response organization founded in 2012 by the singer (born Robyn Fenty), in honor of her grandparents, Clara and Lionel Braithwaite.

‎”I’m thrilled that the incomparable Dave Chappelle will kick things off as the official host of this year’s Diamond Ball and Kendrick Lamar will take the stage for an unforgettable performance,” Rihanna said in a statement announcing this year’s talent. “I’m proud of the Clara Lionel Foundation’s significant impact in the world over the years and deeply grateful for the continued support and commitment to advancing our mission.”

Past Diamond Balls have featured live sets from Rihanna and Lionel Richie, as well as hosts Brad Pitt and Kevin Hart. Proceeds from the fundraiser go to support the foundation’s work on “innovative education projects and scholarships, healthcare programs and local micro grants.”