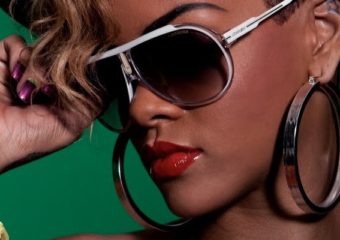 Music videos have evolved quite a bit over the years, but dancing remains a constant — and choreographer Tanisha Scott has seen it all, from the MTV TRL golden age of Hype Williams to Drake’s meme-tastic Hotline Bling. Tanisha has worked with Rihanna on her music videos for Rude Boy and Work. She spoke to Billboard about working on her favourite projects.

Looking back, what are some of your favorite moments in making a music video?

Rihanna’s Rude Boy was one of the most cohesive videos, because I worked very closely with [director] Melina [Matsoukas]. Melina, Rihanna and I were 100 percent involved in the creation, from the movement to the visuals. It was about honing into what she does naturally, which she is a West Indian woman, so she moves in a particular way. All I had to do was accentuate certain things based on the scenes and the setup that was there. All three of us, we looked at every move that she was going to do, every part of the song.

Another video was Work. Rihanna and Drake have the best chemistry when it comes to music. They both wanted their culture and their vibe to come through. We shot it in Toronto in a place called The Real Jerk, which is a famous West Indian restaurant. It was just a party!

Yes. So just having a spot like that, that meant something for Drake, for Toronto. It’s dancehall music, it’s pop music, everything’s infused, and the way people were dancing was so cool because even though the song was playing a lot, we also played different songs. The DJ was spinning records as if we were at a party, so that’s how we got that energy in there. We had his friends, her friends, it was perfect and it came together impeccably well.

One thought on “Choreographer Tanisha Scott talks working with Rihanna”

Six remixes of Consideration (feat. SZA) have been released today. Consideration is the opening track of Rihanna's 2016 multiplatinum album...