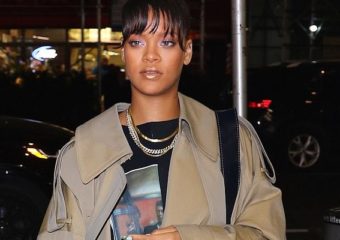 May 1 – Arriving at a hotel before the MET Ball