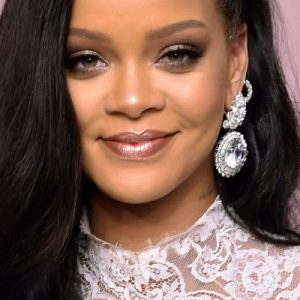 The best way to experience the Diamond Ball? With Rihanna, of course! The superstar took Vogue behind the scenes of her annual bash for an all-access experience, taking the cameras along as she prepped, primped, and made her grand entrance at Cipriani Wall Street. The gala, which raises funds for the Clara Lionel Foundation, was a star-studded celebration with Childish Gambino performing and a guest list that included everyone from A$AP Rocky to Issa Rae.

With proceeds going to organizations that promote educational access and healthcare equality, the night of revelry has a global impact, but don’t take our word for it. The best spokeswoman for the event is its couture-clad founder who, on the heels of her landmark Savage x Fenty show and a jam-packed week spent finalizing each detail of the event, was already thinking about her charity’s next move.

“We have a mission that we want to accomplish, but also people can have a good time,” shared Rihanna, moments before stepping onto the red carpet. “[This is] so they can feel good about doing something great.”

Now one of the key events of the season the Diamond Ball has grown rapidly since it began in 2014, a fact that surprised even Rihanna.

“I did not expect it to be this grant from the jump, but you know, God was good and people were really supportive,” she says. “I can’t believe it’s the fourth one already.”

Though the night went off without a hitch making the quick transition from the rush of fashion week to an all-star gala wasn’t easy.

“It’s like acting in two different movies two days in a row,” she admits. “It’s hectic! You’re coming from one world that is complete chaos—but this event has a different tone.”

If Rihanna felt any stress proceedings or about juggling the roles of musician, movie star, designer, and philanthropist it didn’t show and as she breezed out the dressing room in head to toe Alexis Mabille couture to get the party started she playfully summed up the night’s mission. “Let’s make some money!” she cheered before stepping out to do exactly that.

As you may have noticed, posting candids has recently became less of a priority of mine when running this site....

Rihanna rocked the red carpet at the Queen & Slim premiere in LA, taking place during the AFI Festival. She wore...

Rihanna in collaboration with Phaidon celebrated the launch of her visiual autobiography at the Guggenheim Museum in New York City...